Akshay Kumar and Tiger Shroff join up to entertain 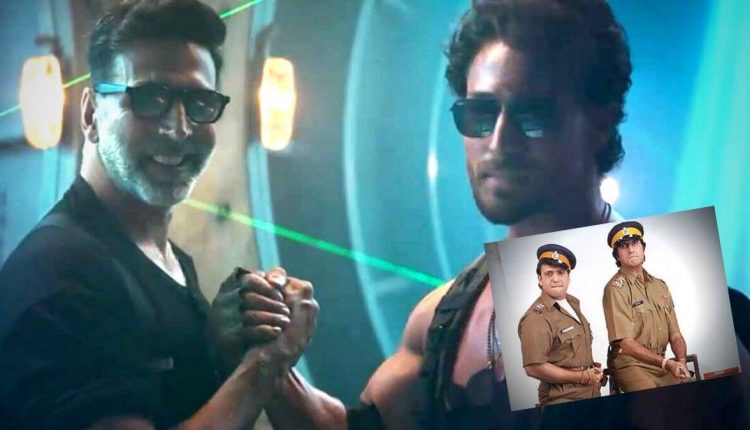 For the first time ever, a film announcement has been shot at this extravagant production level with sleek visuals and a high octane action sequence. The announcement video of ‘BadeMiyan ChoteMiyan’ has Blockbuster written all over it and has created massive buzz across all platforms, leaving its fans enthralled.

The onscreen chemistry of Akshay Kumar and Tiger Shroff has set the screen on fire. Both will be seen together for the first time and this sensational pairing is all set to smash box-office records.

The blockbuster director Ali Abbas Zaffar after delivering box office hits such as Tiger Zinda Hai, Sultan and Bharat is now geared up to direct the BadeMiyan ChoteMiyan franchise.

Veteran producer Vashu Bhagnani adds, ‘It’s a film very close to my heart as it brought together two legends Amit ji and Govinda and was directed by my favourite Davidji. It is heartening to see my ChoteMiyan Jackky recreate that magic along with Ali Abbas Zafar who has a brilliant vision for the film. I am so humbled to have Akshay Kumar and Tiger Shroff be our BadeMiyan and ChoteMiyan for a new generation of audiences in 2023.”

The news of Pooja Entertainment reviving the ‘BadeMiyan ChoteMiyan’ franchise, has already hit the popularity pyramid and has got the audiences excited for the action entertainer to hit the Big Screen!

Vishwaguru Times endeavours to cover news with an aim to spark the universal guiding light in all of humanity. It also seeks to be a role model for the fourth estate.

Dhol makes a comeback with Gangubai

Bhansali discusses his 25-year career trajectory at a London masterclass